To start, I’d like to thank Chauncey for being a trooper as I basically harassed him via Twitter while reading this.  I typically hang with the fam during the week and read heavily on the weekends, so I may have been a little overzealous with my excitement of spreading a book over a few days.

When I started this book, I actually created a list of chicken related puns as I read to use in my review like, “You’ll crow with delight over this novel.”

Alas, the story got real dark, friends, and they no longer felt appropriate.

Home to Roost tells the story of Brad, a rooster, as he’s taken from his clutch of chicks, moved into a little girl’s room, and finally housed in the little girl’s family’s coop.  He wants to make friends and fit in with his fellow chickens, but his tendency to ask questions gets him in trouble, leading to the situation unraveling and finally ending in blood and gore for many involved.

We’re gonna jump straight into the nitty gritty details, because I have a lot I want to cover in this review, so, a few things I didn’t love:

Ok, a few things I did love, there were a lot, so I’ve only picked a few… 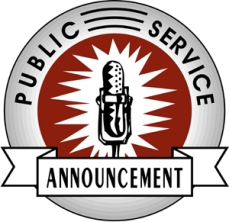 This is only my interpretation of a statement the author may or may not have intended.  I mean no disrespect to anyone’s beliefs/opinions.  Thanks in advance for understanding.

The cover states “A struggle against society, nature, and evil,” but I really feel strongly that this provides a statement about the hypocrisy of religion, especially when wielded by those in power to further their own agenda.  I’ll do my best to walk through this at a high level without any spoilers.  If you’ve read the book (and you should), and want to talk details, I would LOVE that, so give me a holler.

The chickens, led by Father Rooster, worship the sun.  They give thanks to it each night, discuss how it protects them because of their likeness to it, and even use it to explain tragic events.  As Brad comes into the group and asks questions about their way of life, Father Rooster quickly takes this as an affront to his leadership and uses the hens’ faith in The Great Yolk to ostracize Brad in an effort to force him to fall in line.

As the story continues, we see Father Rooster mirror some of Brad’s activities.  The difference being, when Father Rooster does something, it’s to protect the flock while Brad’s completion of these same actions are blasphemy against the coop and The Great Yolk.  Eventually, this justification goes so far as to support violence.

There are further details in the book that I feel support this reading, and plenty of examples of these same type of occurrences in various religions around the world, but I don’t want to turn my review into a full on rambling of my view of religion and the parallels this book offers to the potentially dark nature of it, so I’ll move on.

I loved this book.  It’s dark and some of it’s a little bloody, so be ready, but it’s so worth the read.  I thoroughly enjoyed it, and enthusiastically recommend that you pick it up soon.

27 thoughts on “Home to Roost by Chauncey Rogers”