As we approach Valentine’s Day, many seem to feel the love even more than usual, and do things like see the new 50 Shades movie. No judgement; the hubster’s stuck going with me. Solidarity, friends! They also might choose a timeless favorite, Pride and Prejudice.

Here’s where the soapbox comes it: IT’S A SATIRE. I repeat: Jane Austen wrote this as a satirical overview of life and society during the early 19th Century and now the public at large sees it as this great love story. It kills me. Every. Time.

What’s romantic about a woman being forced to marry rich (or at all) in order to ensure her family is well cared for? The book was published 1813; women’s earnings went to a man (current or eventual husband) in England until 1870. France finally allowed married women to have separate bank accounts in 1886. 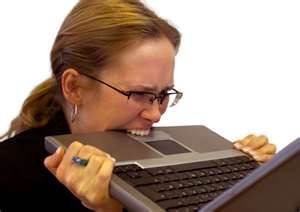 So, Michelle, other than acting like Ms. Knowitall, why are you harping on this?  Because failing to recognize this VERY important fact about this work, fails to recognize Austen’s badass-ness.  The moral of this rant?

Don’t make me make this face.

Make us all happy; feel free to enjoy the “love story,” but also bow to the queen of owning it during her day and spare a thought for how ballsy Jane Austen was.

2 thoughts on “Pride and Prejudice: A Soapbox”